From the rez to national news anchor 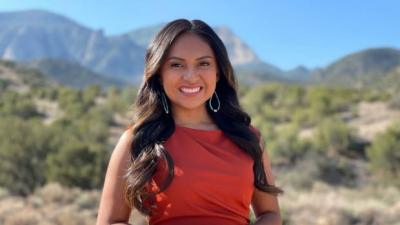 Aliyah Chavez has dreamt of being on a television news program since her childhood. Now her dream is coming true. She is now the anchor for ICT’s newscast, the news organization announced Tuesday at the Indian Gaming Tradeshow & Convention in Las Vegas, Nevada.

“When I got the news that I was chosen to be the permanent anchor of Indian Country Today, I was over the moon. So excited,” she said. “As a young girl growing up on the Rez, I never dreamed this would be possible. But I dreamt and worked — and here we are!”